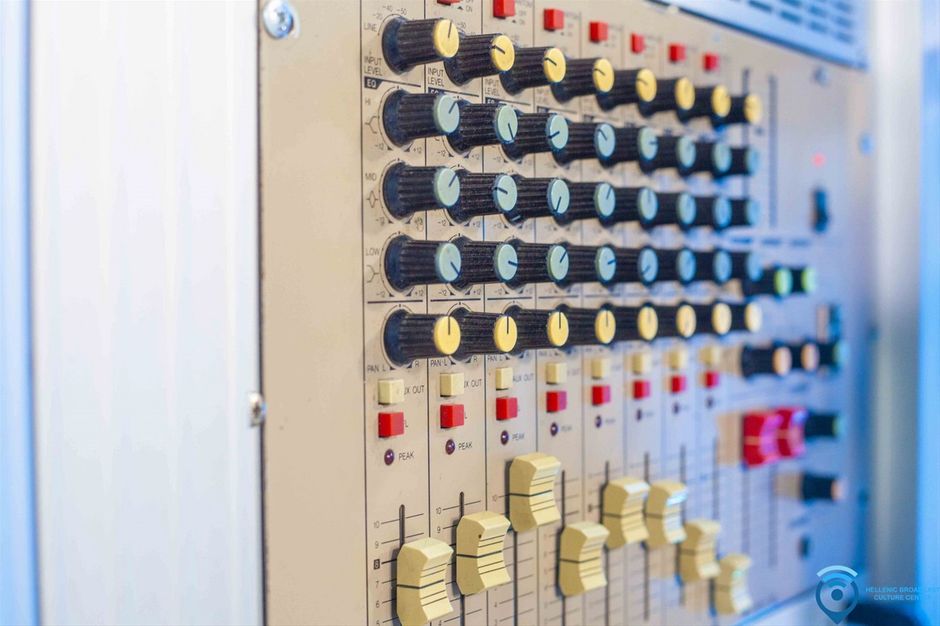 JVC Audio Mixer MI-2000 8 Channel.rack mount capabilitybalanced mic/line inputsfull monitoring capabilityphono (RIAA) inputstalk back mic inputexternal monitor input3-band input channel equalizationinput peak indicatorsLED bar-graph dB meteringbuilt-in phantom power supplybuilt-in oscillatorThe MI-2000U Audio Mixer affords all the mix down and levelcontrols required for industrial recording applications in smallto medium size video studios. The MI-2000U is an 8-input/2 stereo program out audio mixer withfeatures including: * rack mount capability * balanced mic/line inputs * full monitoring capability including pre-fader listening ( source output level) * selectable ( line,-20, -40, -50, -60, -70dB ) input gain controls for matching input sensitivity * phono (RIAA) inputs are available at channel 7 & 8 * talk back mic ( -60dB) * external monitor input ( -10dB ) * 3-band input channel equalization * input peak indicators * LED bar-graph dB metering * built-in phantom power supply * built-in oscillator JVC's extensive background in audio and video provides an idealprofessional compact audio mixer. Following in this heritage,the MI-2000U proves to be of high performance and integrity. FEATURE APPLICATIONS Rack Mount Capability The mixer requires 6 units of a 19 inch EIA standard rack forinstallation in a studio console. Allowing more room to work whencompared to the competition. Balanced Mic/Line Inputs This means the MI-2000U is applicable in a greater variety ofinstallations without the need of transformers or adapters.The input or output you need to properly connect the piece ofequipment in your studio is available ( XLR/Balanced orRCA/Unbalanced ). Mixer Outputs Two stereo program outputs ( one set XLR and 1 set RCA ). A setof auxillary outputs and a set of record outputs ( RCA ) to routethe output of the mixer to a pre-designated recording system. Full Monitoring Capability Pre-Fader Listening ( PFL ) is designed to monitor the source ofoutput level at each input prior to mixing. This feature is veryuseful in checking the particular sources output level,troubleshooting, cueing up a record or a simple routing switcher. Monitor Out Monitor out with level enables the operator to listen to themixer output affording confidence that all functions of the unithave been adjusted correctly through headphones or speakers. Auxillary Out with Level Allows the mixer operator to send the mixer's output to a secondsystem for recording. Unbalanced Program Out Should be used in a similar fashion as auxillary out. Balanced Program Out Should be used to your primary recording system or another mixerto cascade several mixers to the final mix. Selectable Input Gain Controls Each input impedence may be set to match the output of the devicethat is to be utilized in the system for acurate soundreproduction without distortion. Talk Back Mic Input Used to communicate with sound studio from mixing console. Thisinput is accompanied by a level control and an on/off switch,similar to an intercom. Studio Send This system is used in conjunction with talk back to communicateor play mix for performers in the studio. Three Band Equalization Sophistacated tone control for each input that allows the signalto be modified or shaped as required prior to recording or finalmix. The three bands are: High at 10 kHz adjustable plus or minus 12dB Mid at 2 kHz adjustable plus or minus 12dB Low at 100 Hz adjustable plus or minus 12dB Input Peak Indicators An LED on each input that indicates when the peak is obtainedover the entire frequency range. The LED should flashintermittently when faders are adjusted properly. LED Bar-graph dB Metering The Bar-Graph meters are used to adjust the master level faders.The deflection on these meters should peak at 0 dB. Used tocontrol the output of all inputs simultaneously. Built-In Oscillator The Built-In 1 kHz tone oscillator is useful in setting levels onrecording equiptment or an upstream mixing system. Pan Pots Each of the eight inputs can be routed to either of the twooutput channels. Rather than have selector switches accomplishthis function, "Pan Pots" are utilized. A single knob is providedfor each input channel. Turning the knob all the way to the leftputs the signal onto output channel # 1. Turning it to the rightplaces it to channel # 2. In the mix position, the signal isrouted equally to both channels. This feature is useful in stereo recording, since differentinputs can be "placed" into different positions between the leftand right speakers using the pan pots providing imagelocalization.