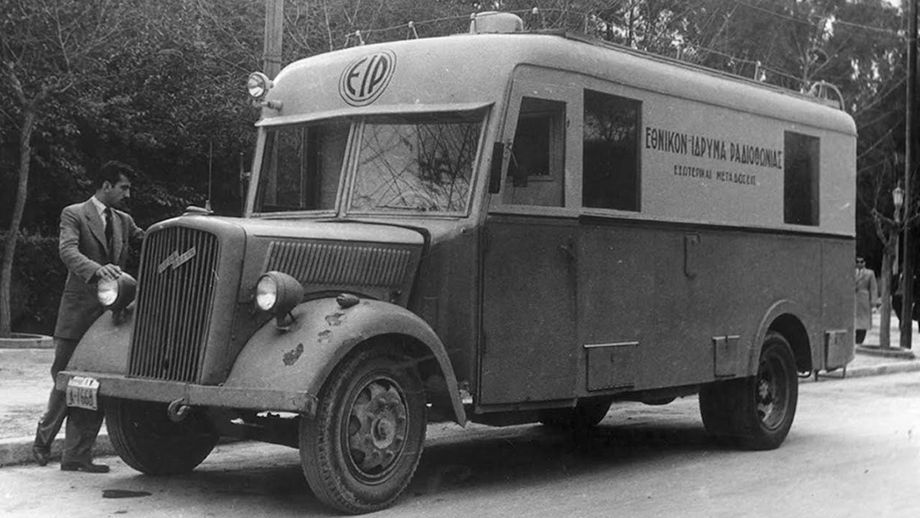 The first broadcast television ob van in Greece belonged to the EIR television station. Was a Opel Blitz truck, abandoned by the Germans after the war in 1946. The "nickname" of the track was "Marmaro" because it was heavy and "she" could not go uphill.

The National Radio Foundation (EIR) was the main public state broadcaster of Greece from 1945 until 1970. The agency was founded in 1945, following liberation from the Axis occupation of Greece, as the successor of the occupation-era Hellenic Radio Limited Company (AERE) and the pre-war Radio Broadcast Service (YRE). EIR was one of 23 founding broadcasting organisations of the European Broadcasting Union in 1950. It started offering television services in 1966, the same year that the second public broadcaster, the military-run Armed Forces Television (TED), also began operations. In 1970 EIR became the National Radio Television Foundation until 1987, when it and ERT2, TED's successor, were amalgamated into the Hellenic Broadcasting Corporation (ERT).